Back from holidays let’s have a look at new works to be inspired by. Living Language is a cool project by Israeli designer Ori Elisar, mixing biology and linguistics.

In the recent months I have been fascinated by cybernetics, systems theory, microbial symbiosis and bacteria. So in the last day I surfed on the web searching for some new projects involving these topics.

That’s why I found this really fascinating work by Ori Elisar, a young designer graduated at the Bezalele Acadamy of Art and Design in Jerusalem. Living Language is a biodesign project based on the exploration of the boundaries between culture and nature. 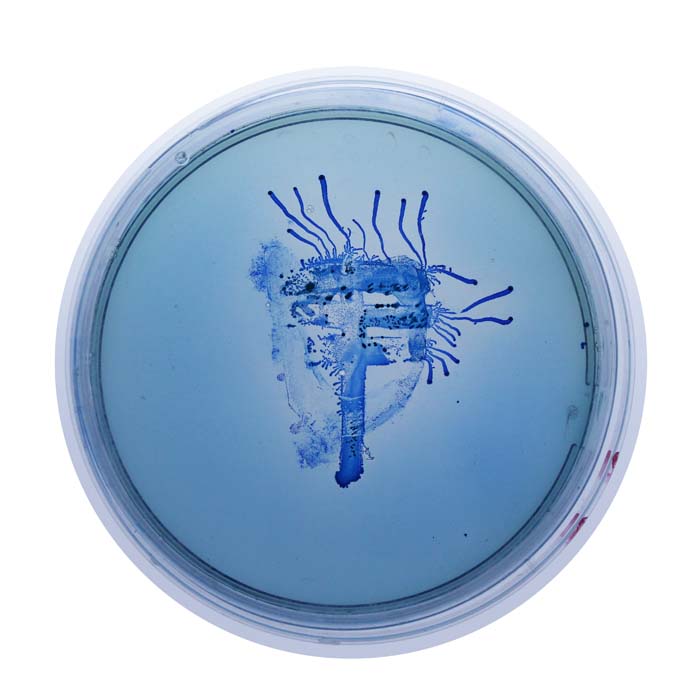 The core element of Living Language is an ink, developed by Elisar, composed of Paenibacillus vortex bacteria. The ink is used to create old Hebrew characters that evolve themselves into modern Hebrew ones. In its pure sense we can define them as living characters.

Since linguistics is per se an evolving system, biology can act as a perfect medium for understanding the evolution of a language and of its values.

I truly think it makes sense.