Founded in 1989, over the decades it has established itself as one of the most advanced centres for the digital art and the research of the boundaries between art and technology.

So now a good reason to visit the ZKM is the exhibition Exo-Evolution. As stated in the official press release, Exo-Evolution

Shows the interconnection between art and science and the artistic application of new technology. 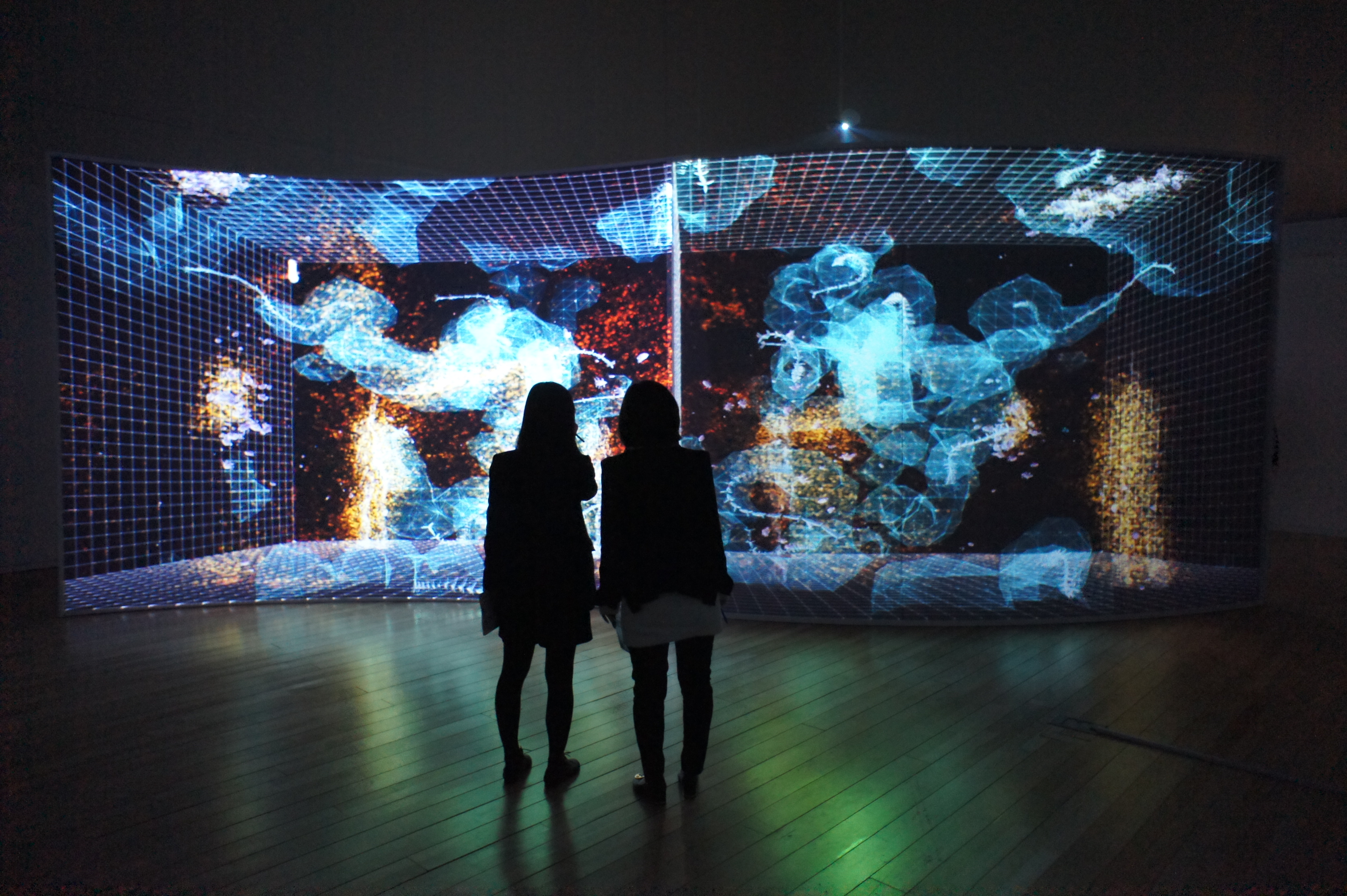 The exhibition has been curated by Peter Weibel, Sabiha Keyif and Philipp Ziegler and it shows more than 100 displays mixing topics such as space research, molecular biology, neurology, genetics and quantum informatics.

While reading the official press release, my attention was caught in particular by two statements. Here is the first:

Technology allows man to step out of evolution and frees him from the authority of nature.

This is a great point of view, since it gives birth to a new perception about the relationship between mankind and nature, a relationship that can be asymmetrical, asynchronous and resolve itself in new ecosystems.

And here is the second statement:

With his tools and exteriorised artificial organs, he is creating a man-made exo-evolution, which has introduced the age of the Anthropocene.

That makes sense to me. Anthropocene can be seen as the convergence of technological innovation and artistic practice. In this perspective, Exo-Evolution is an exhibition about a new Renaissance. So I hope to have the chance to attend it. All the info are available on the ZKM website.