A couple of evenings ago I was cleaning my apartment. I have to admit I am quite lazy, but it’s a dirty job and someone has to do it.

I was reflecting about bacteria and microbes, and I remembered an interesting article I read some months before.

The article was about a research project, led by the BioFrontiers Institute at the University of Colorado, about the human microbiome, to say the ecological community of symbiotic and microorganisms that live inside our body.

According to recent researches, the human body is composed of trillions of bacteria, a complex ecosystem that plays a key role in safeguarding the immune system.

I decided to investigate and I found on a New York Times article this wonderful quote by microbiologist Justin Sonneburg.

According to Sonnenburg, we should consider the human body as “an elaborate vessel optimized for the growth and spread of our microbial inhabitants.”

That’s makes sense to me: by analyzing the way our inner bacteria interact and develop themselves as ecosystems, we can push forward the frontiers of innovation and technology. 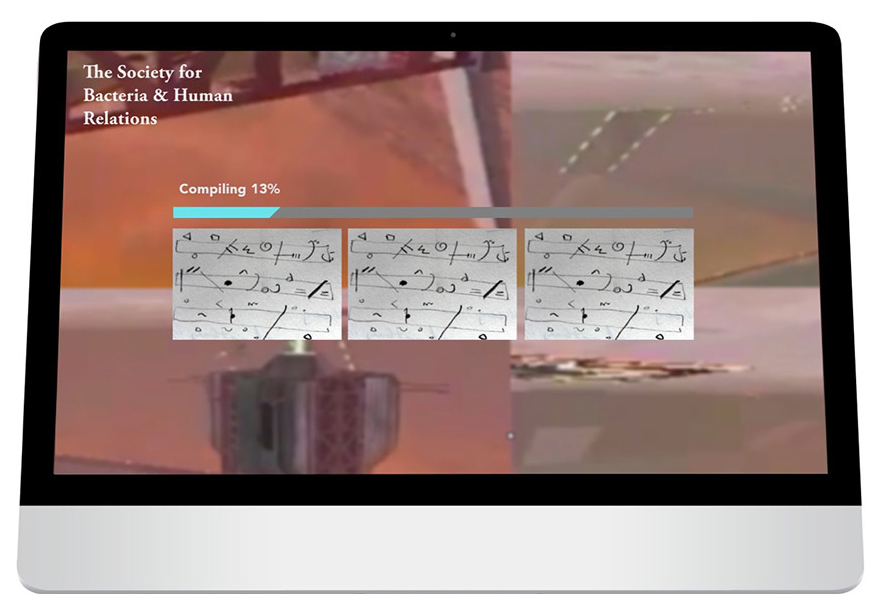 The Society for Bacteria & Human Relations is a speculative design project focused on bacteria, with the goal of developing a one-to-one communication between humans and bacteria, by creating (fictive) tools to interact.

The project is based on the concept of quorum sensing, the system of stimulae and response correlated to population density used by bacteria to coordinate gene expression according to the density of their local population.

I truly think that The Society for Bacteria & Human Relations is a really interesting and inspiring project.

It raises innovative and unconventional ideas to reflect upon the relations with our body and the way the human body woks as a complex ecosystem.

By investigating bacteria with an artistic approach, we can create new and promising experiences. Just think about cellular automata, for example.

I truly think that it makes sense.