This article was previously published on Blink, the corporate blog of BTicino.

There are a number of ways to analyze the relationship between technology and the environment. Today we explore the birth of new projects in which the real and digital world merge, allowing us to reflect on the value of technology in understanding our surroundings.

The Van Gogh-Roosegarde Cycle Path is the newest project by Dutch designer Daan Roosegarde. It’s a 600 meter bike path that winds around the periphery of the celebrated Dutch painter’s home, where he lived from 1883 to 1885.
The work was created using thousands of tiny devices which capture solar energy and transform it into light at night, thus replicating Van Gogh’s “Starry Night” . The result is a site-specific project in which nature and technology harmoniously coexist, dedicated to a new ecological frontier. 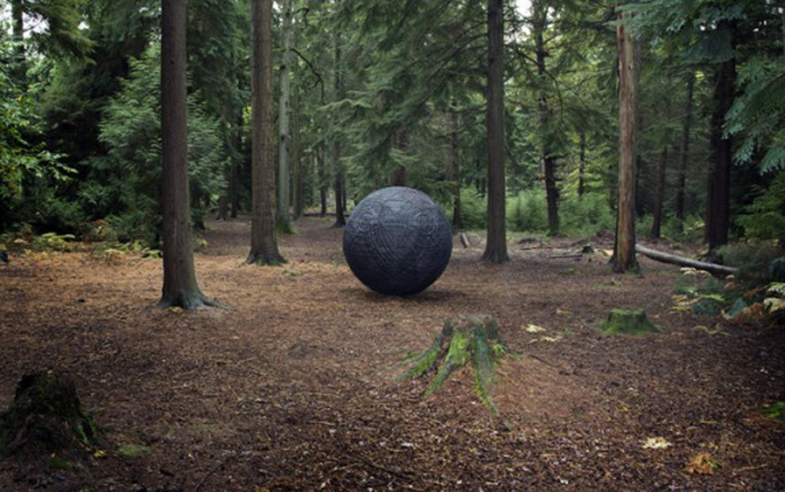 The relationship between scientific analysis and real world perception forms the basis of Cosmos, a sculpture by the British duo Semiconductor. Cosmos is a wooden sphere with a 2 meter diameter located in the Alice Holt forest in Surrey. The surface of the sculpture consists of a complex three dimensional pattern, the result of the modeling of a year’s worth of data recording photosynthesis in the forest. The result is a metaphysical space in its purest form.

We use cookies to improve your experience. By your continued use of this site you accept such use. To change your settings please see our policy. If you want to see the embedded content please refresh the page.

Joanie Lemercier operates on a more dreamlike scale with Fuji, an installation based on a mix of analog and digital technology dedicated to the Fujiyama volcano in Japan. A projection mapping system creates a narrative path on a large scale hand-drawn landscape. The legend of Kaguya Hime, an iconic fable in Japanese culture, accompanies the spectator in an immersive trip through the symbolic perception of the volcano as a distinctive element of the landscape. In linguistics, every act of communication could only be understood if the context of its creation is known.

Technology is today that medium which allows one to understand the context of new forms of design.